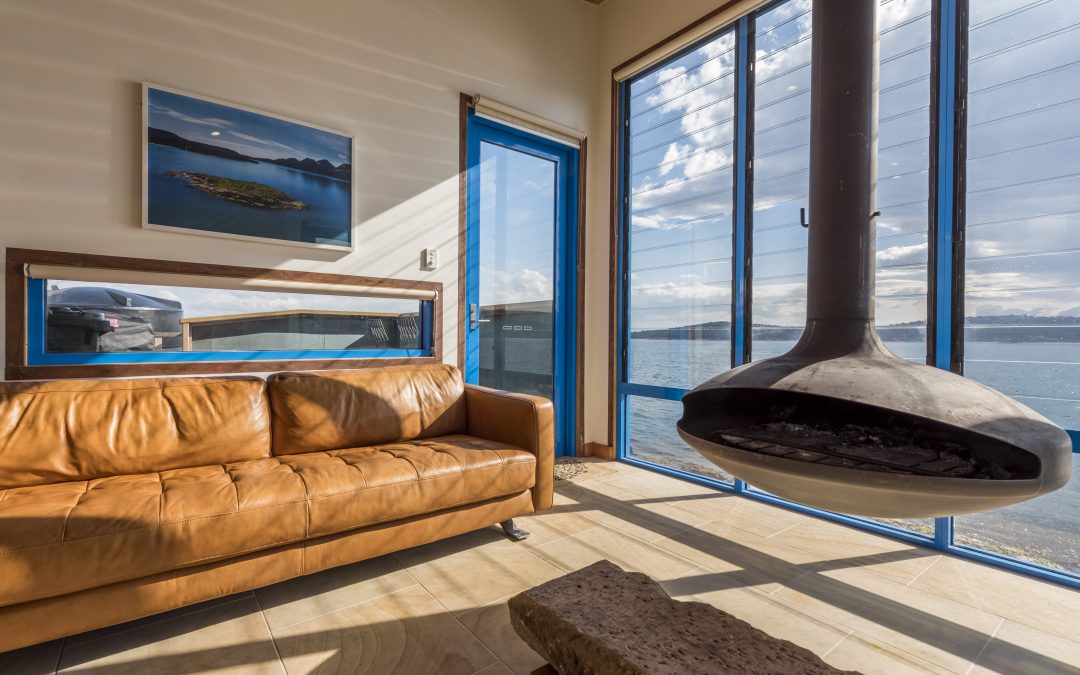 Clem Newton-Brown launched the first water taxi on the Yarra in Melbourne in the early 1990s. He’s still messing about in boats, but these days he’s usually en route to Picnic Island off Tasmania’s Freycinet Peninsula. Newton-Brown and his wife, Jane, bought the uninhabited island more than a decade ago. “When we bought it, it was basically a penguin rookery,” he says. “Nobody thought you could do anything with it. Including me.” About five years ago the one-time mayor of Melbourne and former Victorian Liberal politician was granted permission to build on the island, and ideas for an eco-friendly lodge took shape. “It’s perfectly located for a unique stay,” he says. “It’s less than a kilometre offshore from Coles Bay and around the corner from Wineglass Bay.” Bookings opened last month for holiday rentals at a lodge designed by Tasmanian architect John Latham. The property, which sleeps 10 in four bedrooms, is clad entirely in copper and sits below the ridgeline. “The copper looks like it’s been there for 100 years – a weathered old beach relic, washed up on the shore,” says Newton-Brown. Everything from the floorboards of century-old redwood milled nearby to the open kitchen handcrafted in copper and Tasmanian oak off-cuts is sourced locally. “It’s rudimentary but it’s authentic,” he says. According to local legend, the one hectare that is Picnic Island was owned by one of Tasmania’s original settlers, and was worked by convicts as a sandstone quarry when the whales weren’t running. Newton-Brown unearthed a sandstone block during construction “with all the pick marks in it”. It sits exposed under a suspended fireplace in the Birdhouse, the lodge’s glass-walled living room overlooking the high-tide mark. Newton-Brown estimates there are about a thousand burrows used by penguins and shearwaters on the island. Guests can walk safely among the bird colonies at night via a 300-metre boardwalk that encircles the island. The island’s beauty is inspiration for a residency by acclaimed Australian artist Patricia Piccinini. Her Picnic Island works will be shown at Hobart’s Dark Mofo festival next year.  picnicisland.com.au. //www.gourmettraveller.com.au/travel/travel-news-features/2017/6/destination-watch-picnic-island/